Shopping airfare to Paraguay I discovered not only good rates but also good routes from my city to Asuncion on Copa Airlines.  Based in Panama, Copa is one of the fastest growing airlines in the world.  Having a few extra days I decided to break up my trip south by exploring Panama City, my layover hub.  As a busy mom who just finished up another year of homeschool I was luxuriating in just the idea of spending a few days on my own.  Extroverted and preferring the company of others, I’ve not traveled much solo  I can say now that it was truly a delight to recharge my batteries alone here. 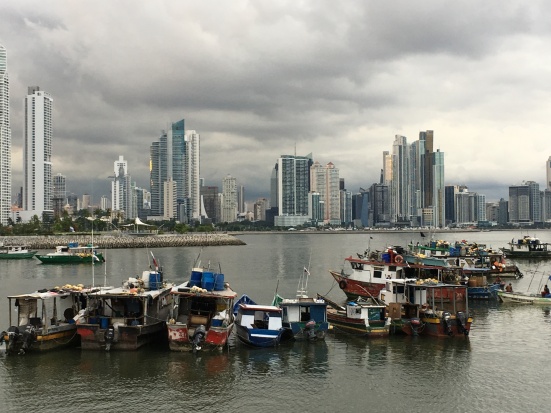 Fishing boats near the Seafood Market looking toward Panama City

There are many reasons to visit Panama.  Average daily temperature 83°F every day of the year.  English is widely spoken, although knowing some Spanish certainly helps.  It’s a safe country that uses US currency.  History and culture are easily accessible and it doesn’t need to break the bank.  I hadn’t planned to venture outside the city limits considering I had limited time and was aiming to relax and explore not fit everything possible into four days.  For all these reasons, I chose to stay in Casco Anitguo.  Now a little history lesson.

Settled in the 16th century, Panama’s original Spanish colony, Panama Viejo, now the site of its archeological ruins, was located on the city’s Pacific west.  In 1671 English pirate Henry Morgan sacked the city looting its gold and treasures.  In response, those who survived decided to move the city to a more defensible location, choosing a small narrow peninsula surrounding it with a massive fortified stone wall complete with canons.  Thus, in 1673 Casco Antiguo became the seat of the well to do.  It remained as such until the 1930’s when residents began moving to the suburbs of the growing city.

The wealthy having vacated their once stately homes, Casco Antiguo feel into a dilapidated state.  Squatters, the poor or displaced and gangs soon moved in.  The area became one of the most dangerous in all of Panama, despite the presence of government offices and the president’s home, still located here today.  Although the buildings began to crumble, their unique mix of French and early American architectural style caught the eye of UNESCO.  In 1997 Casco Antiguo was given world heritage status.

The Panamanian government began the undertaking of cleaning up the neighborhood, contacting property owners and giving them a choice – restore or sell your property.  In the last 10 years the district has enjoyed a burgeoning renaissance.  Museums and galleries, boutique hotels, coffee shops and restaurants, rooftop bars and nightclubs open every day it seems.

[The juxtaposition of old and new only enhances Casco Anitguo’s charm and beauty.]

I enjoyed four days in this historic section of Old Panama.  As a solo traveler, I didn’t want for a thing.  Just walking the streets with my camera would have been entertainment enough.  Here’s how I spent my time.

Although it’s not necessary to be a fluent Spanish speaker here, having a working knowledge of the language and memorizing a few useful words and phrases sure does help.  Don’t expect people to speak English.  Be polite and hopefully you can function.  I chose to stay at boutique hotel Casa Antigua.  The building was once residential so some rooms are apartment style.  Mine had a complete kitchen.  But the best part of the room I booked was the balcony.  The staff were super helpful.  I picked up a map of the neighborhood at check in and a few minutes later I was out the door!

View from my balcony – Chagres

Having successfully booked one tour ahead of my arrival, I wanted to check in with the hotel’s Happy Landing travel agency, conveniently located next door to book a walking tour.  As there were no group tours available I simply hired a private guide to take me around the neighborhood the following day.  It was only a few more dollars and this way I’d get an even better experience.  Happy Landing also booked a tour to take me to the Panama Canal two days later.  I was set!

View from balcony of Chagres at Casa Antigua Boutique Hotel

Having successfully booked one tour ahead of my arrival, I wanted to check in with the hotel’s Happy Landing travel agency, conveniently located next door to book a walking tour.  As there were no group tours available I simply hired a private guide to take me around the neighborhood the following day.  It was only a few more dollars and this way I’d get an even better experience.  Happy Landing also booked a tour to take me to the Panama Canal two days later.  I was set!

Next, I wanted to find a place to buy water and few other snacks and get some dinner.  All of this was easily accomplished on my own.  This is what I learned.  The cheapest grocery stores are known as “Chinese” grocery stores because they are run by, you guessed it, Chinese people.  The ones I found had  Chinese writing on the façade and everyone working inside looked Asian.  Stock up here.  I also came across an eponymous wine shop owned by Felipe Motta of the Copa Airline family.  I bought a bottle of Malbec to go with my dinner, which I got at Nazca 21 a Peruvian restaurant.  I ordered my food to go, had a cold beer while I waited, then headed back to the hotel to relax and people watch on my balcony.

[HOT TIP: Look down.  Bricked streets are a part of Casco Antiguo, but paved streets are not.  If you are on pavement you may be headed into a sort of seedy part of town, so be aware.]

If you stay at Casa Antigua you’ll have breakfast at Pip’s, downstairs and included with the room.  Handy.  I fueled up and then waited for my guide to arrive.  Sharon, a local young lady, treated me to a wonderful afternoon out, patiently answering all my questions on Panama’s history, politics, food and culture.  A few highlights included a visit to local chocolatier Oro Moreno, the most delicious popsicles from La Michoacana, exploring the many colonial churches and Plaza Franchia. 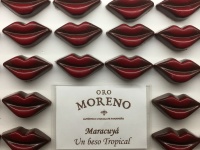 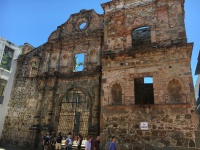 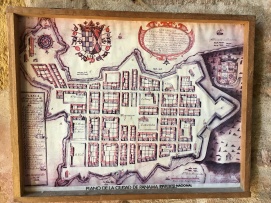 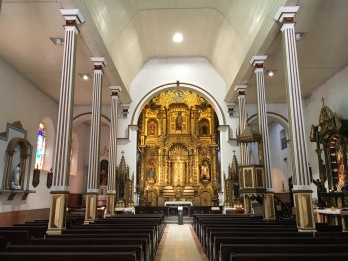 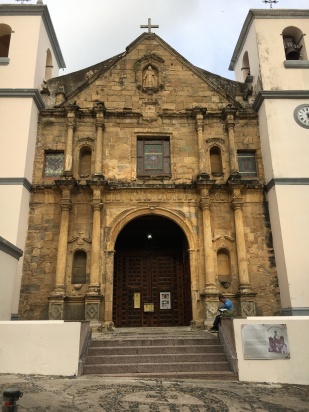 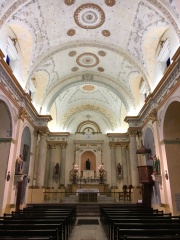 See if you can find the hidden nativity

After spending the afternoon walking around in the heat I was ready for a shower and to put my feet up for a bit.  I wanted to be ready for my evening food tour that I’d pre-booked online with Barefoot Panama, owned and operated by Kevin O’Brien a transplant from Boston.  Kevin fell in love with Panama and made Casco Antiguo his home long before it was fashionable again.  Kevin is like Casco Antiguo’s mayor; he knows everyone.  If you are lucky enough to have him as your guide he’ll entertain you with stories and has loads of insight.

Walking toward the Seafood Market

As a self-professed foodie I knew this tour would be for me.  Our group turned out to be small, which made for an even better experience.  After having geisha coffee at Unido, beer at La Rana Dorada, ceviche at the Seafood Market and rum on the rooftop bar at Tantalo we sadly said goodbye to our fearless leader but decided to stick together for the rest of the evening.  One of our group had heard about live Flamenco at Malagena, so we grabbed an Uber and headed downtown.  The tapas, the music and dancing and the entire evening was so much fun, all with people I’d met only hours before!

My last full day in Panama began rather abruptly having stayed out a tad bit late the night before.  I was, however, about to see the thing I was most excited about, the Panama Canal.  I’m not quite sure why, maybe because it’s such a feat of human ingenuity and engineering.  There were several opportunities to learn the history of the building of the canal.  I learned about it from Sharon at Plaza de Francia.  I’d been to the Panama Canal Museum, also in Casco Antiguo and now I was about to see it. 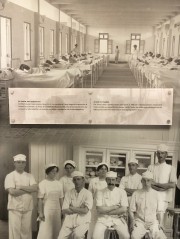 Why France Abandoned the Canal Project

[There are wonderful exhibits and a short film at the Miraflores Locks Visitors Center so you can learn about Panama, flora and fauna, the canal waterways, how it works and the history of how it was built.]

Our tour began in the morning, heading straight to the Miraflores Locks Visitors Center.  Boats are on a schedule so the benefit to having a tour is that someone knows when to take you to see one of the ships actually moving through the canal’s locks.  If you go at the wrong time you’ll literally ‘miss the boat’!  Seeing a large Greek ship make its way through the locks moving into the Pacific Ocean was just as exciting as I had expected.

After the tour I grabbed a bite at Nomada Eatery a few doors down from the hotel and then had a well -deserved nap!  That evening I dined with my new friend at Diablicos.  Sharon said they had a cultural show so I had booked a table the afternoon before.  The restaurant specializes in Panamanian food and it’s very good, especially the fish.  The show wasn’t my favorite, a bit contrived, but interesting nonetheless and a great way to spend my last evening.

I had all morning before my departure to continue to explore on my own, do some shopping and say farewell.  I enjoyed all these spots and I hope you do to.

Casa Sucre Coffee Shop – Corner Calle 8 & Avenida B.  Day and night this place is a winner.

Weil Art Gallery – Calle 48 Bella Vista. There was something truly authentic about this gallery that sells a variety of local artists’ work.  I bought my favorite souvenir here, a tagua nut painted to look like North and South American on a globe.

Mercadito Artesanias Catedral – Corner of Calle 5 and Avenida A.  You can bargain at this indoor market with many vendors.  The handmade baskets and masks are wonderful souvenirs and very Panama (skip the ubiquitous hat, as it isn’t even original to Panama!).  Avenue A was my favorite street for shopping.

Galeria Art Indigena – Calle de Palacio, Calle 1.  The selection of baskets and masks was by far the most massive I saw in the area and the prices seemed comparable, although fixed.

One thought on “4 Days in Casco Antiguo – Panama City, Panama” 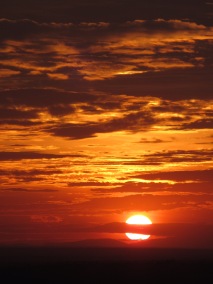 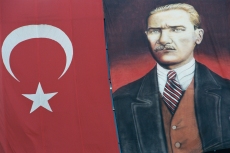 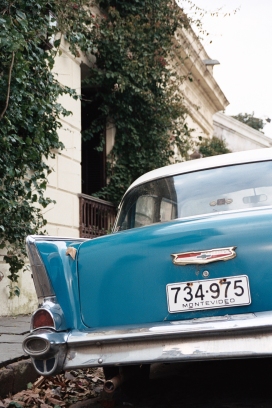 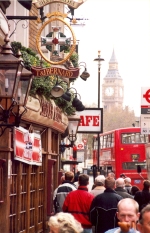 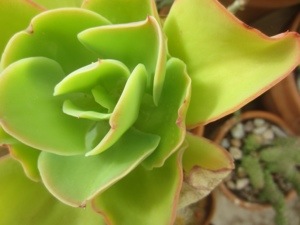 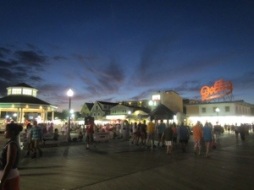 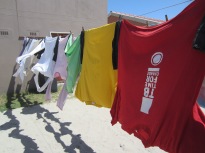 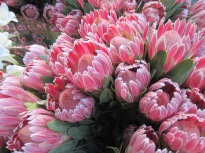 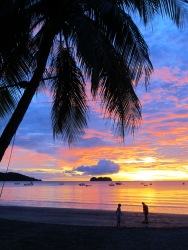 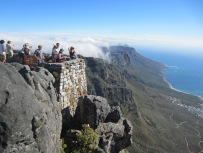 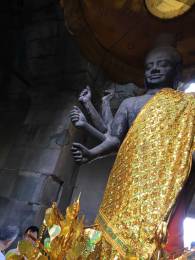 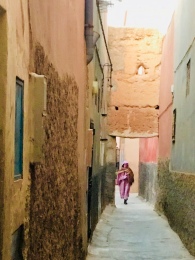 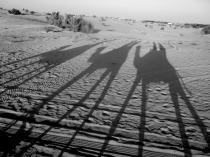 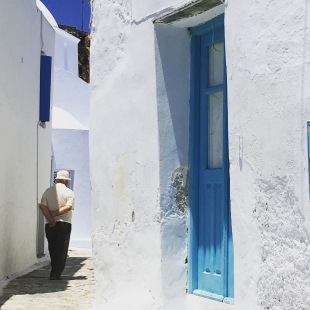 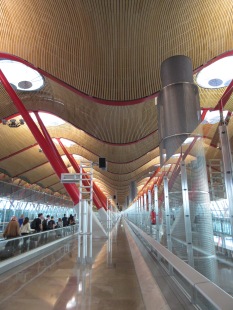 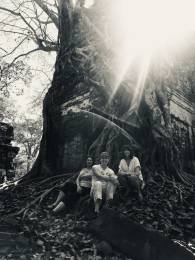 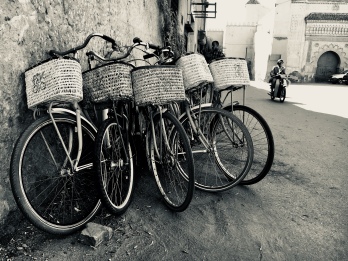 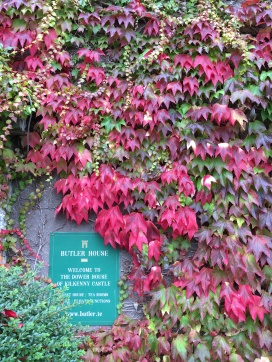 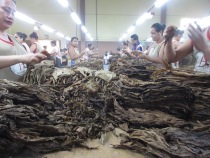 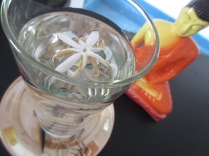 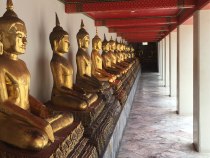 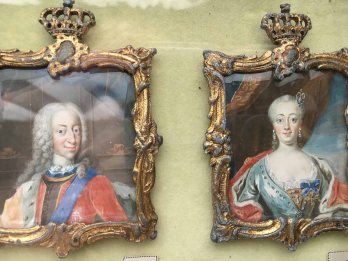