There we were riding around Cairo in a horse-drawn carriage.  The driver appeared to be an old man, with many wrinkles and what few teeth he had left were yellowed posts that studded his bare gum line.  It was dusk, my favorite time of day, and also during Ramadan the time of day when everyone closes up shop and heads home for Iftar, or breakfast.  After not having eaten or drunk anything all day people are pretty determined to get home in time for this lavish meal with family.

Negotiating for my ride was about the only option we had for entertainment, save walking around and enjoying the sights along the Nile.  No stranger to bargaining, we went back and forth, the toothless driver and I, until we arrived at the price I was willing to pay.  Still, it may have been too much, I don’t know, but was comfortable with the sum.  It was my birthday and since I’d literally missed the boat (I wanted to sail at sunset on a felucca on the Nile) the images of Katharine Hepburn in The African Queen faded from my mind.

I mean, come on.  There we were three white Americans, ripe for the picking.  Sometimes, even the most seasoned traveler unwittingly falls prey to the peddler.  Here’s the rest of the story.

After riding around for the agreed upon 30 minutes, the driver in his limited English, kept trying to get me agree to a longer ride.  I said, “Same price?”  He clearly wanted more money so I politely insisted that the ride was long enough.  “I take you over there, see lots of things, all around Zamalek” he added.  I wanted to see Zamalek, but it was dark and we were getting tired and hungry, so I thought it best to head back, even though our night out on the town for my birthday wasn’t living up to my stuff-that-movies-are-made-of expectation.

Then, another guy jumped in the cart.  This guy spoke better English.  And had a full set of teeth.  “Hello my friend, how are you?  Where are you from?” he eagerly engaged.

“We’re from the US, from Maryland, near Washington, DC.”

“First time in Egypt?” he queried.

“Yes, we’ve just arrived,” I said, thinking, mistake number one, as the words slipped out.

“My cousin lives in the US.  Michigan.  Kalamazoo,” he enthusiastically added.  “I went also to school in the US for art.  My family has a shop.  Let me show you.  It’s right next to your hotel.”  This turned out to be true and we were in no hurry, so I said OK.  Mistake number two.

We got out of the cart and driver said he’d wait, no problem.  He seemed pleased for us to see his friend’s shop.  I kept wondering if he was hungry since it was after sundown.  “Don’t you need to go home to eat breakfast?” I said.

“No, no, later, later” he replied with the wave of his hand.

Upon entering the well-lit interior of the shop our ‘friend’s’ brother appeared and introduced himself.  He greeted us warmly.  “Take a look at my artwork,” he said.  The walls were lined with typical Egyptian paintings on papyrus, scenes from ancient history complete with hieroglyphics.  Spreading out several before us he said to my daughter, “Which one do you like best?”

“Um, I like that one,” she answered without hesitation.

“Here, right down your name, I will write your name in Arabic and hieroglyphics.  It will be my gift to you,” he said.  Turning to me he added, “What can I get you to drink, tea, coffee, a soft drink?”  Reading the look on my face as if he were clairvoyant he quickly added, “Please, it would be rude to refuse.”

I acquiesced, “Tea please, with sugar.”  Mistake number three.  The kids added their orders for drinks and we were off.  With my daughter’s freshly inked papyrus in hand, next it was my son’s turn.

“What about you?  Which one do you like?” he asked.

“Oh no,” I quickly said, “It’s too much.  We can’t accept any more but thank you, shukraan,” I added one of exactly three Arabic words I knew.

At this point I am thinking that since my daughter has one and clearly my son wants one too, that I am in no position to refuse.  Wow, these people really are hospitable!  I pointed to a framed photo of a man resembling the one I was speaking to, “Is that your father?”

Soon enough the scrolls were dry, they had been inserted to a cardboard tube and we had finished out drinks.  It was time to say goodbye.  “Thank you so much for everything, we have really enjoyed seeing your shop.  And thank you for your gifts to my children.”

“Please madam, just pay what you wish,” he casually added from his seat behind his desk.  At this point it hits me.  How gullible could I have been!  And this is the lesson in Egypt, NOTHING is free.  Of course I felt obliged to pay something.  I reached into my wallet and thought I’d give him 50 pounds, which I knew would have been insulting, but hey, I was no sucker.

I forked over a bit more and thanked him again.  “Look madam,” he pointed to the framed prints on the walls.  “This is just half the price for one,” he added referring to the money I’d handed him.

So now I’m kind of pissed.  I’d had enough.  “Come on kids, it’s time to go,” and with that we turned and left the shop.

Except I’d forgotten I still had the toothless driver to deal with.  We hopped back in the carriage, monogrammed scrolls in hand, and rode around the corner to the entrance of the hotel.  Of course that guy tried to extort more money out of me too, but by then my senses had returned and I handed him the agreed amount and waltzed into the hotel feeling satisfied that my mistakes would be an excellent teaching moment for my kids.  We rehashed everything that had happened that night and now they too will never forget that nothing is free.  At least not under these circumstances.

And this is the story of my night out on the town to celebrate my birthday!  That’s okay.  My real present arrived about two hours later.  A handsome guy, about 6’ 2” who gives me license to be queen any day I please.

6 thoughts on “RTW in 50 Days – EGYPT, Life Lessons: Teach From Your Mistakes”

Some of My Favorite Photos 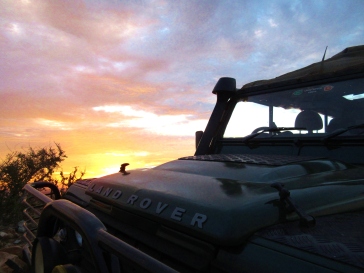 Kayaking on the Bio Bay 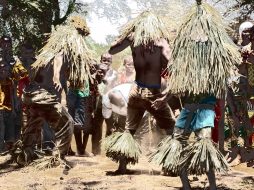 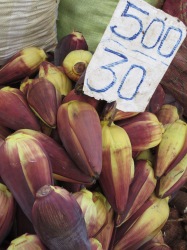 The Colonnade outside the cave temple 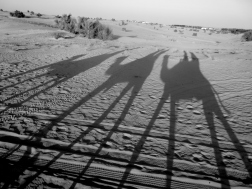 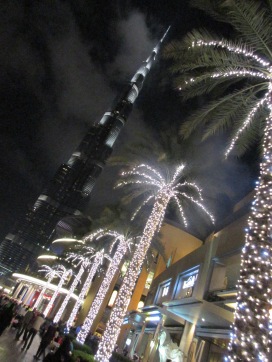 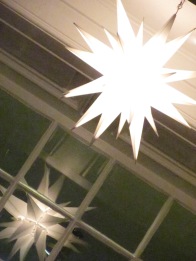 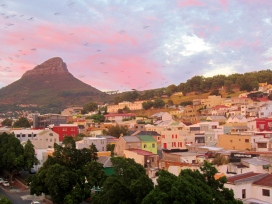 A finished block in Bistekville. 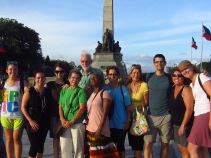 The team at the Rizal Monument 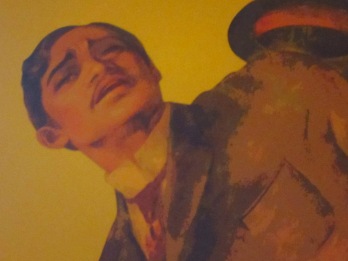 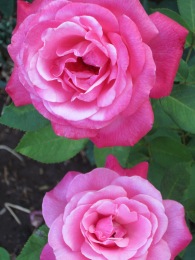 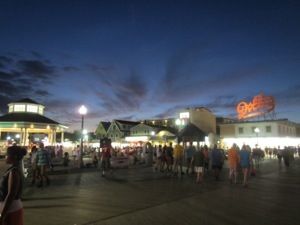 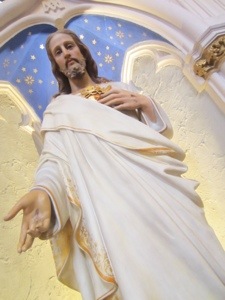 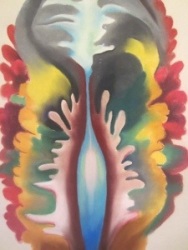 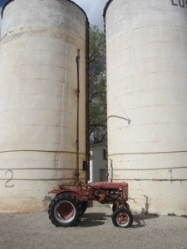 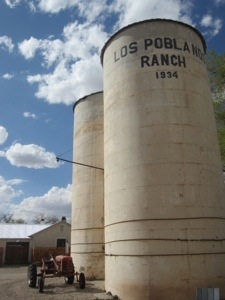 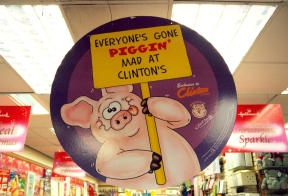 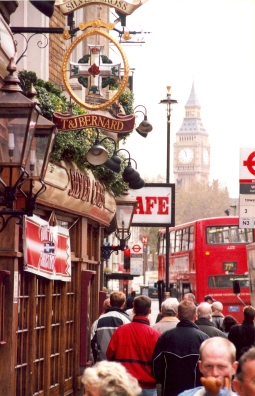 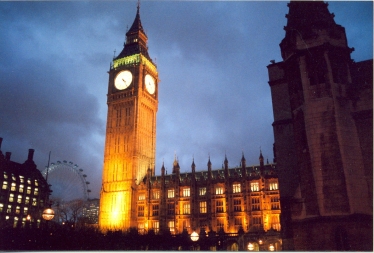 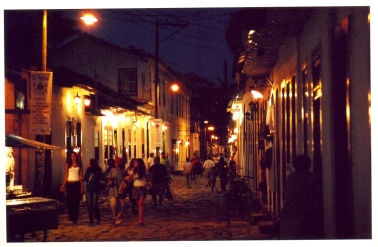 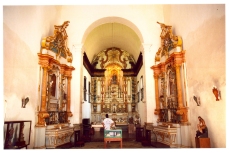 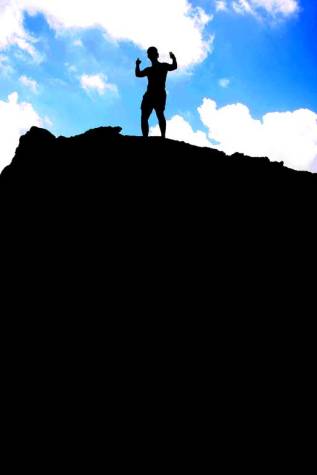 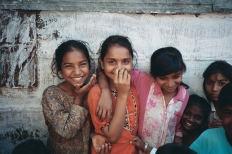 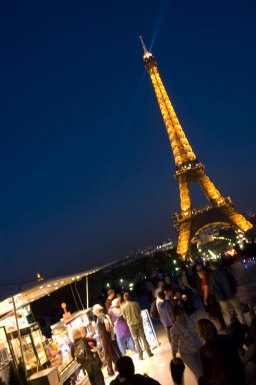 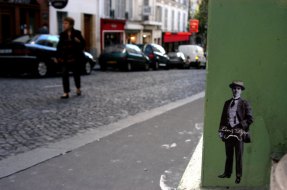